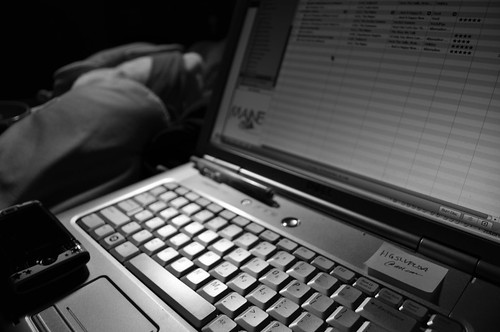 I’ve been told I’m too negative.

Not as a person, generally speaking (OK, my husband does say I tend to bring down the mood on occasion). Rather, it’s in how I write or speak to people.

I’ve had this (constructive) criticism given to me by a number of people, most commonly by my supervisors at work.

“You need to stop saying no, by saying no.”

“Start by being kind.”

“Be nicer to people.”

I almost feel like I’m back in grade school being told by my mother to get along with the other kids on the playground.

I mean, aren’t professional women supposed to be determined and strong? Aren’t we supposed to stand up for ourselves? Say no? Prove that we are just as good as every man out there?

(Speaking of men, I wonder if a man’s ever been told by his boss that his language choices are too abrasive. Me thinks not. That’s another post for another time, though.)

Lately, I really have tried to think about what I’m saying before I say it or jot it down in an email. I try to think of ways to get my point across without using words like “NO” “CAN’T” or “DON’T.” I try to do all this without seeming like a pushover.

I try to do this without being frustrated with myself.

Today, I saw something that clicked. An ex-colleague of mine posted a link to this post, written by Carolyn Kopprasch of Buffer.

In the post, Carolyn writes about what she calls a “Happiness Hack.” In an attempt to be more positive, she doesn’t use the words “but” or “actually” anymore.

Carolyn says the same thing about the word but:

Now I’m not saying I’ll be trading my but’s in for exclamation points anytime soon (as they are often overused!). However, this really did change the way I tried to construct my emails today at work.

I’m also hopeful that it will be something I’m able to adapt in my everyday life, too. How many times have I said, “Thanks, but…” to someone I love, like my husband? Too many to count. (Or, “Sure you cleaned the kitchen, but did you do what I asked?” Talk about negativity.)

I’d love to hear how you juggle language, especially as a professional woman. How do you say no, without saying no? What other words would you banish from your vocabulary as part of a happiness hack? Do you think all this is a bag of phooey? Leave a comment below, I’d love to continue this conversation.

No but’s about it.

(Post edit note: I decided to give this post a really good look after writing it. Despite my best of intentions, there were three “but’s” and two “actually’s” buried in here. This might be harder than I thought.)